THE ​​​COMMUNITY AND A FAMILY THAT HAS THE 7th GENERATION ON THE WAY.

Ryder Lake became a permanent home for Robert and Sarah Walters when they decided to leave Toronto, Ontario and Roc​​hester, New York in the 1894 circa. With government paper work completed, the Walters set out to homestead in the Chilliwack Bench, later Parsons Hill and now Ryder Lake eastern hillside community of Chilliwack. There were a handful of settlers who had acquired land before the Walters. Walters land was located in the now Extrom and Forester Road area. There were no roads, schools or mail services, only the beauty tall standing timber, wild animals and birds. Creeks flowed with clean water and a plentiful number of trout.

The Walters arrived with only the barest of necessities and belongings. Two young daughters, Edith and Ethel were part of the family.  They walked to Lotbiniere School on Prest Road until 1909 when Parsons Hill School opened. An older daughter Agnes remained in Rochester.
​
​Four sons followed their parents and were interested in the land. Harold settled on Forester Road for a short time and Ira settled on Extrom Road. George and William both homesteaded on Elk View Road and were long time residents who helped lay the foundation of the community we enjoy today.

Four generations of the family volunteered ​​and committed to the outstanding and productive community organizations know as the Chilliwack Bench Settlers Association and Ryder Lake Ladies Association, later known as the Ryder Lake Women's Institute that formed in 1935. A branch of Farmers' Institute was organized in 1941.

In August 2011, Wes Barber, Eleanor Reid and Bea Mazurenko organized a family reunion that took place on the William Walters 1907 homestead on ​​Elk View Road. The 1913 split cedar barn built by their grandfather William was the focus for displays of family photos, documents and a DVD viewing. Seventy people attended.

Robert and Sarah would be amazed to know that after 118 years a seventh generation Ryder Laker is on the way. The natural beauty, scenic surroundings long time friendships, and ancestral roots keep the younger generations here to make Ryder Lake their home.
Bea Mazurenko

Memoriam
​
​IN MEMORY OF RESIDENTS WHO AT ONE TIME LIVED AT RYDER LAKE AND WHO HAVE CONTRIBUTED IN SOME WAY TO THE DEVELOPMENT OF THE RYDER LAKE COMMUNITY THROUGH THE YEARS.

Recognition goes to the ​​late John and Luellen McConnell who recorded names of deceased Ryder Lake residents. If the resident volunteered with Ryder Lake Women's Institute or Ryder Farmers' Institute, the initials W.I. or F.I. follows the name. In earlier years the Institutes played a large role in the planning and growth of the community. If a road is named after the deceased, it is written behind the name.

The first name printed in the memorial album is John Solway​​ who passed away in 1914 - Road name.

Before their deaths the McConne​​ll's entrusted me with the album. These records are appreciated and will be preserved.

To some, Mrs.​​ McConnell was known as Linda. To other she was known as Luellen. To her niece Mary McGhee, nee Woodroff, she was Auntie Lou. Mrs. McConnell's (nee Coughlin) full and correct name was Luellen Malinda.
Thank you Mary.​
Minute books dated 1935 --2010 belonging to Ryder Lake Women's Institute
​ have been donated to the Chilliwack Archives
​Women's Institute has played a renowned part in making a better life in the small rural community of Ryder Lake. Mandates of British Columbia Women's Institute were followed. Education,health, home economics and agricultural programs were part of the agenda. Residents were assisted in times of sickness, accidents, death and loss of homes to fires. Care parcels went to local men who served in the military during World War Two. Ryder Lake W.I. received a Citation from the Canadian Red Cross. The list of achievements goes on.
Social activities were organized and sponsored by Women's and Farmers Institutes.Financial needs were met with raffles, dinners, bazaars, dances, bus tours, Christmas craft sales and the popular Dew Worm Races. Volunteers worked and donated to make it all happen.
In the words of the late Kathleen Foster, Women's Institute Was My Canadian College Of Learning.
The Ryder Lake Women's Institute minute books are available to view at the Chilliwack Archives, 9291 Corbould Street, Chilliwack, B.C. 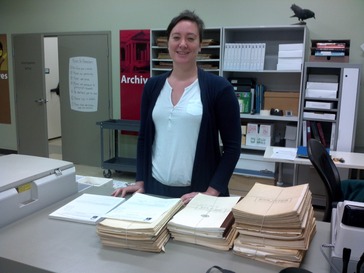 Shannon Bettles archivist, Chilliwack, B.C.
​Collecting, writing and taking photos is ongoing. It will be possible to produce another book of history on Ryder L​​ake in the coming three or four decades. Hopefully one of my grandchildren will fulfill my wish.
​Remembering toe tapping music and special events in the Ryder Lake Hall and in the Ryder Lake Institute Hall gives an incredible sense of community.​​
​
​Thanks to our predecessors who put trust in me to preserve and care for a valuable collection of Ryder Lake heritage.

Heritage awards are​​ presented each year by the Chilliwack Museum and Historical Society to those who make an important contribution to the heritage, culture and history of Chilliwack. 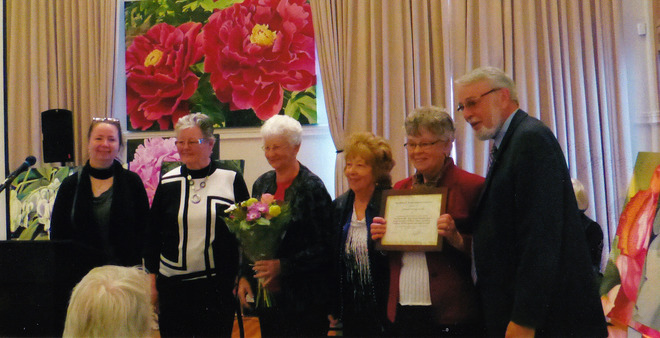 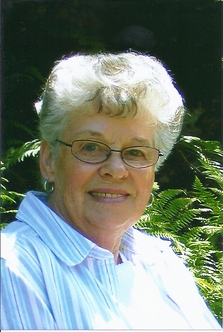 Let me introduce myself and tell why I do what I do.
​
​I was born in Chilliwack and grew up at Ryder Lake with wonderful parents and three siblings. Being a fourth generation​​​​ Ryder Lake resident and part of a family who volunteered has contributed to the pleasures of rural community living. It all started at a young age. Sweeping floors and washing dishes after events in the Ryder Lake Hall during the late 1940's prepared me to volunteer.

​An interest in history is well known among family, friends, and long-time Ryder Lake residents. People entrusted me with a comprehensive collection of memorabilia. The collection includes approximately 1000 photos, scrapbooks, documents, letters, a memorial album (1914 to the present) newsletters, cassette tapes and compact discs.
​​​
​ Part of this collection has been shared in the book, Ryder Lake The Place The People. This is a contribution to the Ryder Lake community and to the heritage, culture and history to Chilliwack and the people.